One of the best horror films I have ever seen. A must see. 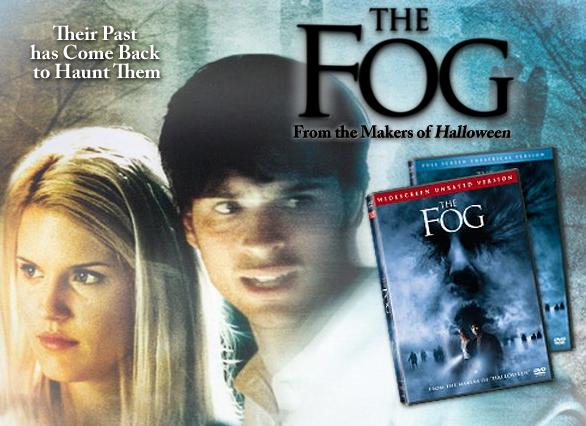 In 1871, a group of men from Antonio Island (off the coast of Oregon), conspire to mislead and murder the crew of the Elizabeth Dane, a clipper ship sailing from Alaska. The Dane is carrying a group of lepers seeking sanctuary, and is captained by William Blake. Blake is a wealthy man infected with leprosy who made an agreement with the islanders to buy half of Antonio Island for use as a leper colony. However, when four of the islanders meet with Blake onboard the Dane to complete the deal, the islanders double-cross the lepers, loot the ship and then set it on fire, killing everyone onboard including Blake and his wife.

134 years later, in the present day, a young woman named Elizabeth Williams returns to her family home on Antonio Island after a six month absence. Her arrival coincides with the unveiling ceremony of a new statue outside the island's town hall, dedicated to the four "founding fathers" of the community. A series of bizarre events then occur as several items (including an antique watch and an antique hairbrush) are washed up on the beach, a strange symbol depicting a set of scales begins to appear all over town, and several gruesome deaths take place. After almost drowning in a harbor boathouse, Elizabeth inadvertently finds an old diary buried in the wall of the boathouse. The diary belonged to Patrick Malone, the great-great-grandfather of Father Malone, the town's current priest. Patrick Malone was also one of the founding fathers of Antonio Island, and one of the men who conspired to murder the crew of the Elizabeth Dane in 1871. The wealth that was stolen from the Dane then allowed the town to be built and the island to become the thriving community that it is today.

This series of events is accompanied by the arrival a mysterious supernatural fog that rolls in from the sea and envelops the island. The fog brings with it the ghostly crew of the Elizabeth Dane, who have risen up from their watery grave to take revenge on the town for what its "founding fathers" did to them over a century earlier.
Top
Post Reply
1 post • Page 1 of 1