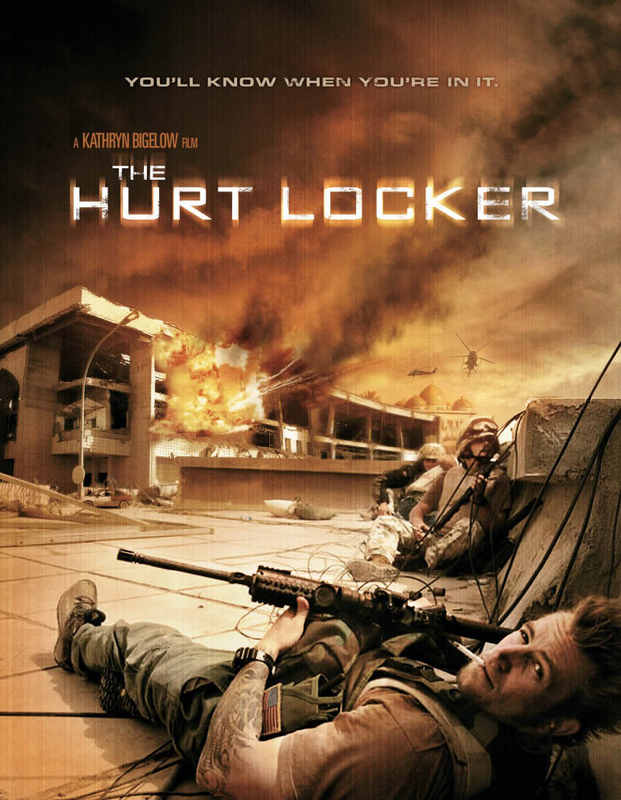 The film, on the other hand, is not a glorification of war, but another attempt to humanize the men behind the guns.

The film follows a U.S. Army Explosive Ordinance Disposal unit serving in Iraq. When Sergeant JT Sanborn and Specialist Owen Eldridge get new boss Staff Sergeant William James, they pray to God, Allah, or Cthulu (we don’t know their religious beliefs) that they won’t be shredded by shrapnel thanks to James’ risk taking tactics.

The story is engaging, with IEDs being found, de-activated, and random appearances from Guy Pearce and Ralph Fiennes. Secured by ticking bombs, we are allowed to focus on Staff Sergeant James, whose bravado and badassery are matched only by the amount of emotional damage he takes.

The film opens with a quote from Chris Hedges saying that “War is a drug.” James is indeed such an addict, putting himself and his men at risk as he pushes his luck or goes looking for trouble. Sanborn and Eldridge can’t wait to go home; James can’t wait to leave it.

Though it’s a good cinematic tool to keep up the tension, Bigelow’s obsession with close-ups during the entire movie is frustrating. In theatre there is a purposeful awareness to how physically close a performance should be to the audience: if you get too close during a character’s emotional breakdown, the audience gets uncomfortable and the suspension of disbelief is broken. The Hurt Locker falls prey to this faux pas, forcing the audience to be way too close to everyone’s face. By the end of the movie you have a strange hunger for wide shots of the Grand Canyon. 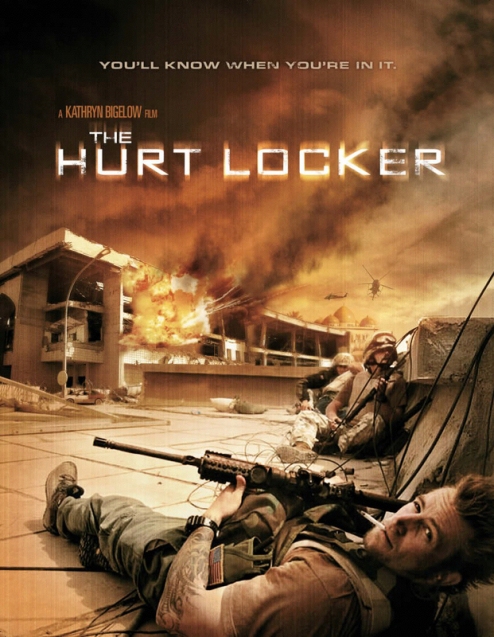