Percy Jackson and the Olympians

Percy Jackson and the Olympians 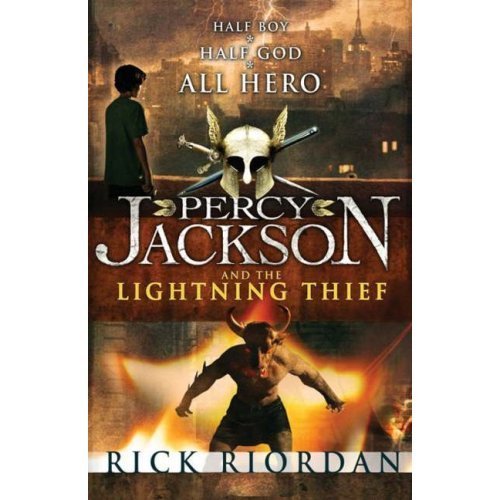 Percy Jackson & the Olympians is a series of fictional adventure and fantasy books authored by Rick Riordan. Set in the United States, the books are predominantly based on Greek mythology. The series consists of five books, as well as spin-off titles such as The Demigod Files and Demigods and Monsters. The Lightning Thief, the first book, is the basis of a film called Percy Jackson & the Olympians: The Lightning Thief, which was released in the United States and Canada on February 12, 2010.

The protagonist is Percy Jackson, who discovers that he is the son of Poseidon, god of the sea and earthquakes. He learns that the legendary beings of Greek mythology still exist and have always existed, including monsters, cyclopes, empousae, Titans, and the Greek Gods (Olympians) themselves who dwell in Olympus, which is now situated at the mythical 600th floor of the Empire State Building. Percy is frequently attacked by monsters because he is a child of one of the "Big Three": the lord of the sky, Zeus, the king of the sea, Poseidon, and the leader of the Underworld, Hades, who made a pact after World War II to not have any more children because they were too powerful and unpredictable. Percy meets many other young demigods, both friendly and hostile, who are also in the process of discovering their ancestry and powers. The only other known demigod children of these "Big Three" in the series are Thalia Grace (daughter of Zeus), Nico di Angelo (son of Hades), and Bianca di Angelo (daughter of Hades).
Top

Re: Percy Jackson and the Olympians